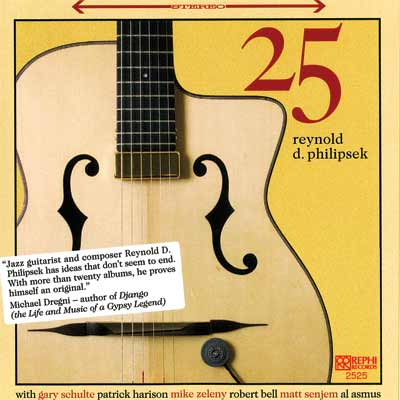 This album has special meaning for Reynold at several levels: When this CD was released, it had been 25 years since he was diagnosed with cancer and it happened to be the 25th album released under his name. The album contains eight tracks: all but one of these tracks are new and freshly recorded versions of previously recorded tunes. Influenced by a wide range of musicians from Hank Williams to Django to Pat Martino to Thelonious Monk, 25 represents a moment to reflect and look ahead at the same time.